This script will work on Ubuntu and probably other distros of the same families, although no support is offered for them. It isn’t bulletproof but it will probably work if you simply want to setup a XtreamCode Portal on your Ubuntu box. It has been designed to be as unobtrusive and universal as possible.

This is a free shell script under GNU GPL version 3.0 or above Copyright (C) 2017 LinuxHelps project. 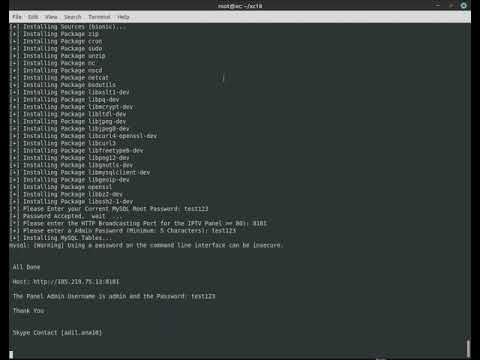